Add to Lightbox
This is a remarkable cow elephant with tusks that reach down to the ground. Experts believe that there is no other female elephant with tusks to rival these in all of Africa. To find her we used a light aircraft to search an area twice the size of Wales. Once we spotted her from the air, I moved in on the ground to photograph her. When I saw her for the first time I simply could not believe my eyes!

As I followed her, she tore a branch from an acacia tree and spent the next hour or so eating it. At the time, Tsavo was in the midst of a severe drought and acacia was one of the only food sources still available to the elephants.

I took this photograph using a remote-control camera buggy. I had remote control over the camera settings and a live video feed from the buggy allowing me to accurately compose my images. While she was busy eating the branch, I was able to slowly creep the buggy into position. I took this image as she pushed a branch into her mouth. Later I noticed her trunk and tusks mirrored the form of a triple helix.

I photographed this elephant in August 2017. Six weeks after I photographed her, she sadly died of old age (her death was almost certainly accelerated by the drought). She was the last of her kind, a relic from a bygone era, but she successfully passed on her genes and with concerted conservation efforts, an elephant like her may appear again in the future. 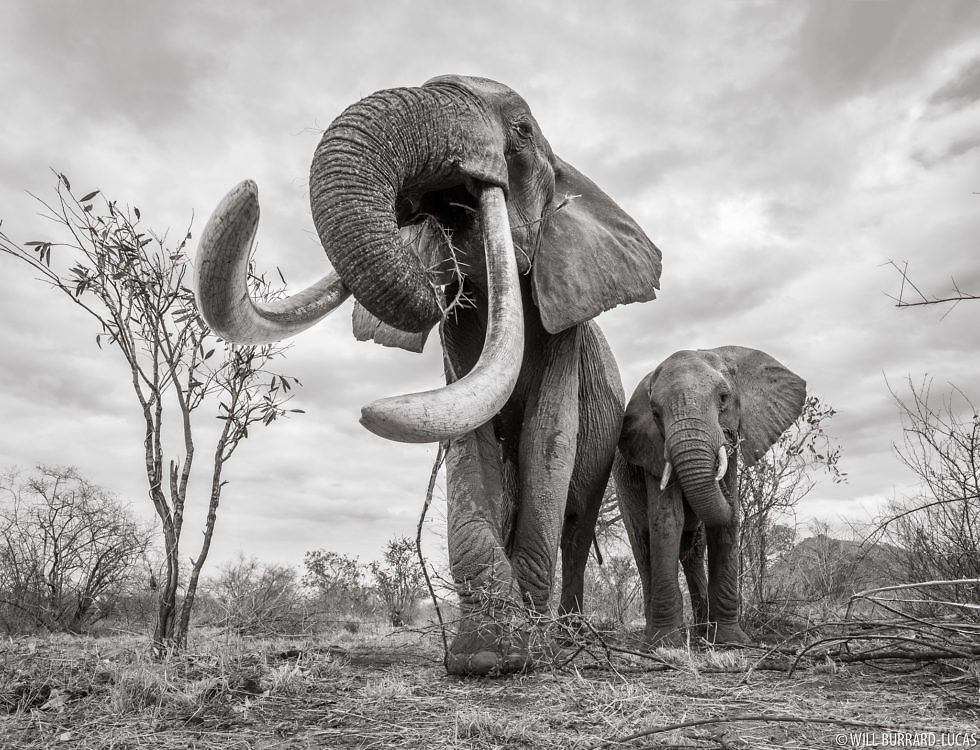